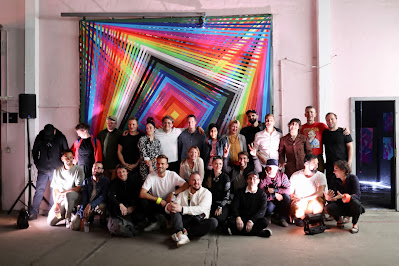 Birgit Hölmer is the first of three residents of the project „ STRUCTURA Open Windows“. The transformation of the gallery into an exhibition space aims at a direct and active dialogue with the urban environment and the life outside. Birgit Hölmer transforms the windows with her CUTS - that's how she calls the interventions she has been doing for about 6 years. CUTS is an artistic gesture that initially started as a reaction and critique of the gentrification taking place in Berlin. By covering empty shop windows with her CUTS without any legal permission, Hölmer commented on the changing urban and social environment. For this purpose, she uses stripes of different sizes and colours - waste material from the printing of stickers, which remains after they have been cut. In Structura Gallery she works with various stripes, with which she creates independent forms, but also composes them into a large drawing. Birgit Holmer's project leaves the gallery and spreads through the city center, "capturing" several abandoned shop windows (1 Vitosha Blvd., Grand Hotel Bulgaria - 4 Tsar Osvoboditel Blvd., 6 Hristo Belchev Str.) . "STRUCTURA Open Windows" is realised with the support of the Goethe-Institut Bulgaria and the independent project space ROAM Berlin. ***Birgit Holmer is a German artist currently living in Berlin. After studying graphic design at the Fachhochschule Münster, she graduated from the Academy of Arts in Münster. Since 2017 she has been teaching painting at UdK Berlin. In her work she often focuses on topics such as gentrification and the development of neighbourhoods and cities. Using cut-out stickers that she places on various shop windows around the city, she creates geometric, 3D-like paintings on glass windows. Her works are easily recognisable and can be perceived both from the inside of the space in which they are placed and from the street outside. 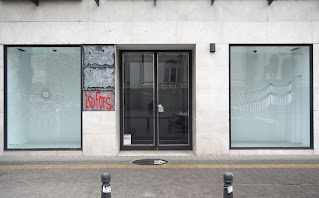 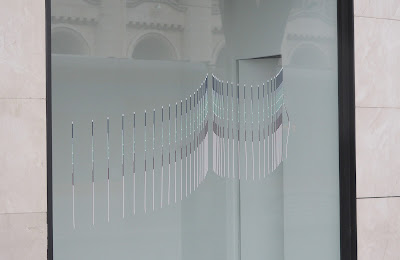 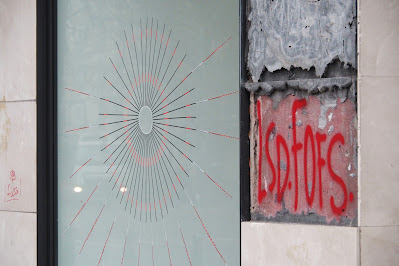 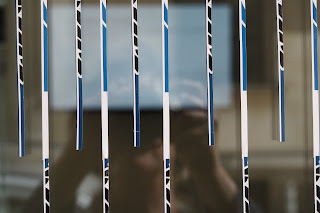 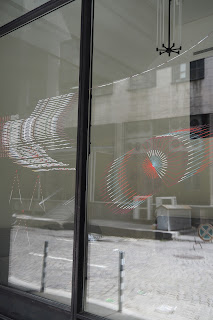 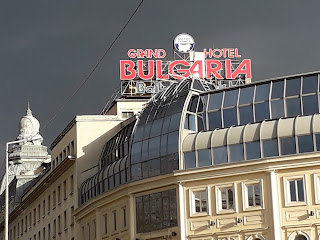 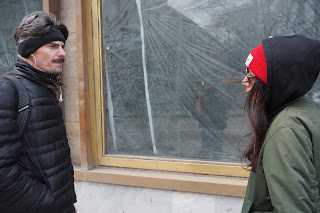 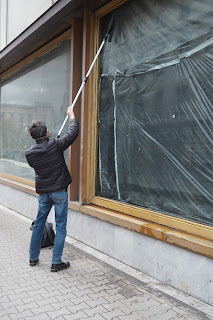 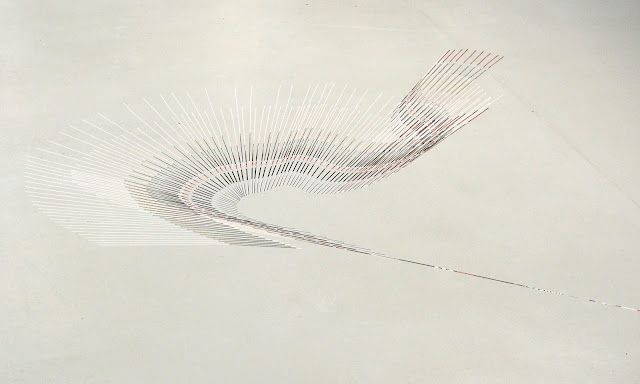 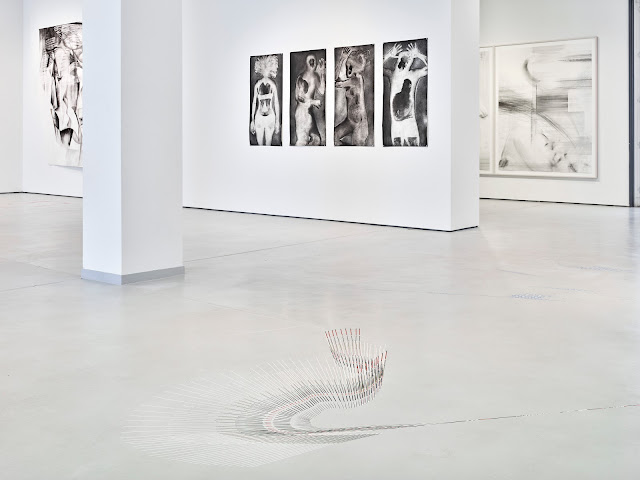 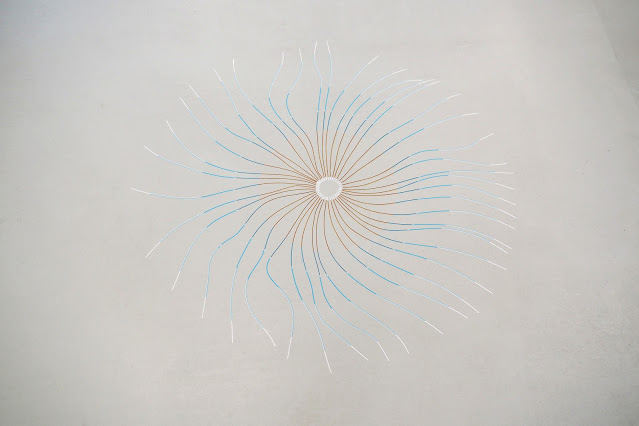 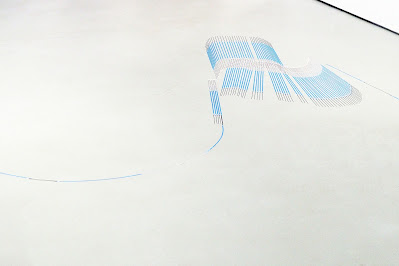 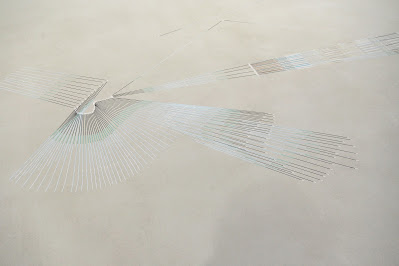 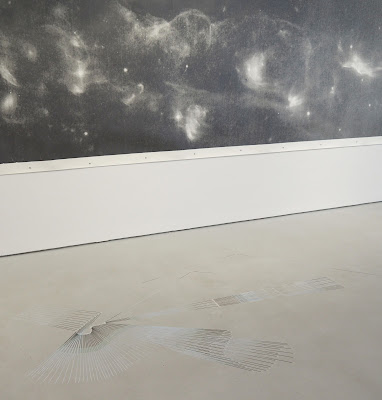 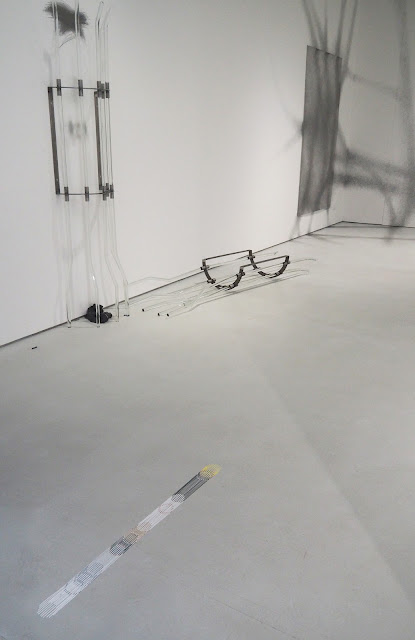 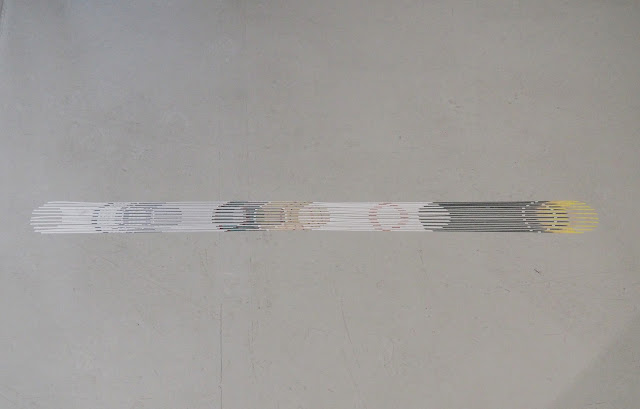 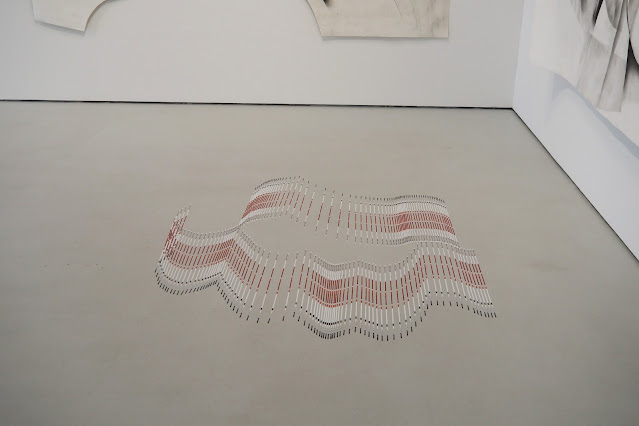 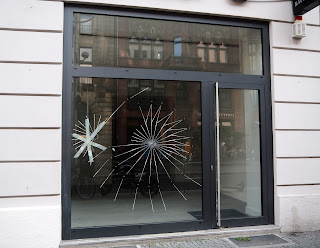 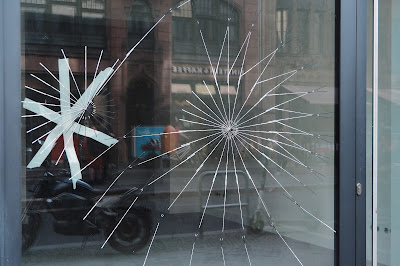 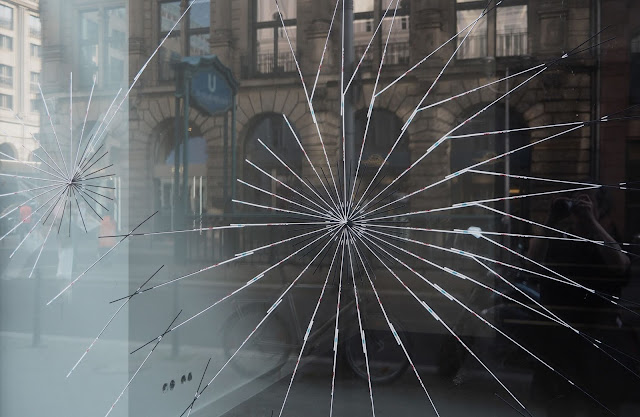 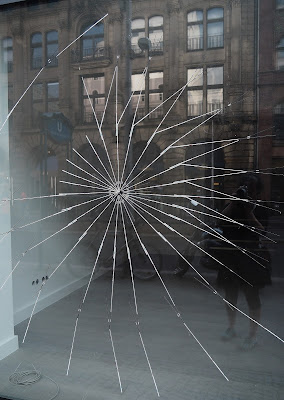 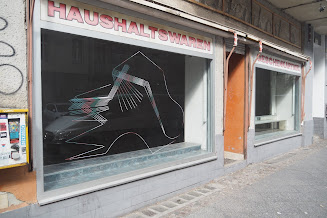 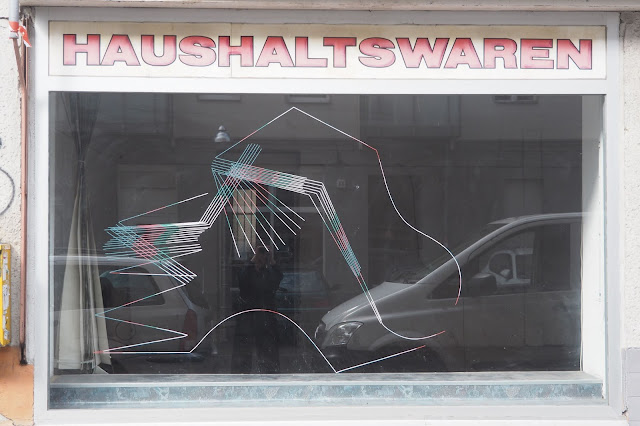 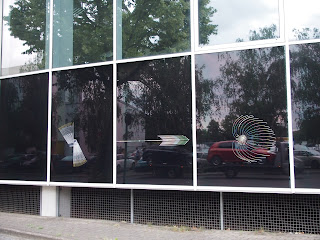 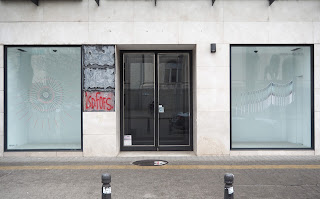